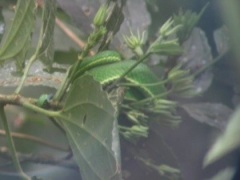 Beyoncé did not feel comfortable taking a risk. That was her response to the silliness resulting from her reported last minute decision to sing the Star Spangled Banner to a pre-recorded track at the presidential inauguration last week. I guess you could say she had a mitigation plan, albeit only she had to agree to it.

What if she were in the real world? You know, the one that people like us live and work in? How many companies would agree to an employee deciding at the last minute to not take that risk? Would your company support you?

Like Beyoncé we all want to be perfectionists. And, she gets a second chance this Sunday at the Superbowl when, she says, she will belt it out live.

But, in this world (aka the real world), plan and plan again, and COMMUNICATE. Avoid your very own press conference.